Other Sites in the News 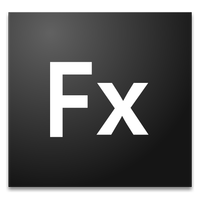 So your Flex app is expecting a query result which can be cast as an ArrayCollection and used as a data provider. If you switch from ACF to OpenBD, you'll need to do something to reformat the returned structure.

This is what I've used, although never tested on really large sets. Pass in the data object contained within your WebService event.result; and you'll get back the ArrayCollection suitable for use as a data provider.

As to why this behavior is different, Andy Wu - of New Atlanta - explained to me in a repsonse on the OpenBD Google Group:

"To answer your question Alan, it was implemented with compatibility between our own products BlueDragon and BlueDragon.NET as the priority over compatibility with CF. That was a business decision made by New Atlanta and since open sourcing BlueDragon, the implementation hasn't changed. The compatibility differences are documented in the wiki."